Our Literary Homes: An Introduction to the 2016 Edition 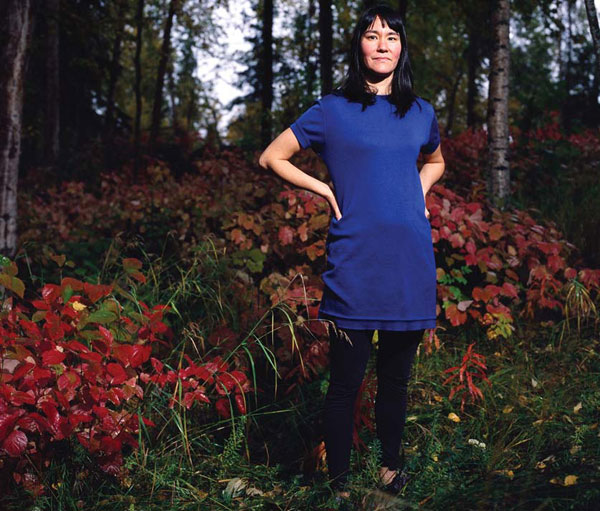 Illiruq, in the King Island dialect of Inupiaq, means “(s)he is building a house.” One makes poems through the construction of stanzas. Metaphorically and etymologically, poems, like houses, are made of little rooms, places for dwelling. Aside from the formulaic ways in which one self-consciously tries to come at introductions like these, such linguistic origins carry significance in this context because all of the entries in this year’s TCJ Student writing contest make me think about the ways in which we continue to construct our literary homes. Homes that will provide space for the best of our work to come into being and be sustained. Places from which to depart and return, locations from which to write.

There is the Institute of American Indian Arts, the tribal college that’s giving a new cohort of Native writers a home through its low-residency MFA program in creative writing. There is Ilisagvik College, which in the Utqiagvik dialect of Inupiaq means “a place to learn.” Those who teach and learn and work at Sinte Gleska University, Diné College, Blackfeet Community College, and other sites of higher education on our tribal lands are numerous, and growing. My old habits of panic and silence begin to fall away as I think of the long hours laboring over lines and drafts and the longlived lyric impulses and narrative grounding that bring our words in relation to each other as Indigenous people.

In my family’s own recent history, the notion of home has become and continues to be a troubled one. King Islanders were at turns electively and unwillingly dispossessed of our homeland some 60 years ago. Partly because of these events and the difficult dynamics they’ve engendered, I run the emotional gamut from utterly sentimental to skeptical as hell about the notion of home and belonging.

In March 2016, just after I finished reading and rereading each entry in this year’s contest, I returned to an introduction written by Sherman Alexie for Percival Everett’s novel Watershed. Few writers—Native or non-Native, poet or prose writer—risk and/or nail intellectual issues central to my interpretation of the Indigenous experience with the candor and exigency that Alexie brings to bear. I timidly asked his permission to reference his introduction as part of a shared set of texts to generate discussion and clear the air for the convening of a Native poets workshop—another new iteration of home and community—in Anchorage. He agreed. Among the most critical (and, regrettably, still timely) of Alexie’s assertions:

Even today, the most liberal and progressive white folks rarely speak of themselves as colonists of Native Americans, and non-Native writers of Native American stories would never refer to themselves as colonial writers. Why? Because the story of white Americans epic triumph over colonial rule is a more flattering story than Native Americans’ continuing losses to colonial rule. Because if you took pro-Native sentiment to its end game, if non-Native champions of Native rights were absolutely committed to the cause, then they would naturally leave the country and move back to their aboriginal homelands. Because we all find it easier to judge than to confess sin.

Inniruit, in the King Island dialect of Inupiaq, means “they moved into a new house.” With each poem or essay or story—with each paragraph, we begin to imagine and inhabit our houses anew. Each of this year’s entries, but particularly the winning pieces that follow in this issue, embodies these new origins. From “My ‘Cool’ Mom”:

My mom, cousin, Grandma, and I were homeless on and off, living in hotels and packing our most important belongings in totes and duffle bags. It’s difficult to understand at such a young age what is and what isn’t normal when you have already had so much chaos in your life. Nine years later I’m figuring out I have small habits and rituals that have come from being homeless for so long. For example, I live a much cluttered lifestyle, as my grandma calls it. I keep extra clothes and toiletries in my car. I also find myself always living out of boxes and totes even though I’ve lived in the same place for four years now.

From “Learning to be Silent”:

But being silent, with most of my emotions remaining unexpressed, is how I learned to exist in the outside Anglo world. And quite possibly, silence may be the key I was given to escape into another reality in order to survive the harshness outside.

From “Changed my Perspective”:

Thinking of the past and the results of it scared me…I knew I needed to resolve this issue beginning with myself.”

I clicked on the morning news to hear and see what the “White Medicine Man” had to say about the weather. He told the viewers, “Don’t bother getting out of bed today, because it will be the same shitty weather, different day.” I laughed so hard, warm coffee came out of my nose! The “White Medicine Man” was right for a change; it was shitty outside. The sky was dark and gloomy. This was a day when you like to kick back at home and let other people do all the work while you walk around in your pajamas and get stinking drunk outta your mind.

I was not sure if she was serious, but I had no time to argue. I had a couple of miles to jog if I was going to get home on time. As I reached the path to the trail, which would save me some time, I decided to take the trail. I figured Rhonda was just trying to scare me. I had just started down the trail when I thought I heard something following me, I looked back but no one was there.

The warmth of the sun is on my face until the sun goes behind the mesa and then the warm feeling is gone. I walk towards the hogan trying to take my time, but hearing my baby crying makes me rush inside.

Of course, there are the poems. “Cheii’s House” is a perfectly brief lyric of image, of rhetorical gesture. Of precision and necessity. “Where the Dragons Live” encourages us to:

Witness the exchange of forces / between the tide and the moon, / follow the tracks of the wary animals / calling this place home, / mine so insignificant

Finally, “To be an:” calls attention to the fact that we are taught to be “(l)oathed because we all happened to survive extinction.”

We have survived. We are surviving. May the houses we make with our words continue to make possible the work of Native writers to come. Iliganamiik.

Joan Naviyuk Kane (Inupiaq) is the author of several books and recipient of numerous awards, including an American Book Award for her poetry collection Hyperboreal.

As our society changes and becomes increasingly complex, now is the time to imagine what sort of future we need and exactly what we need to do to get there. END_OF_DOCUMENT_TOKEN_TO_BE_REPLACED