Finite Sunshine for a Forgetful Mind 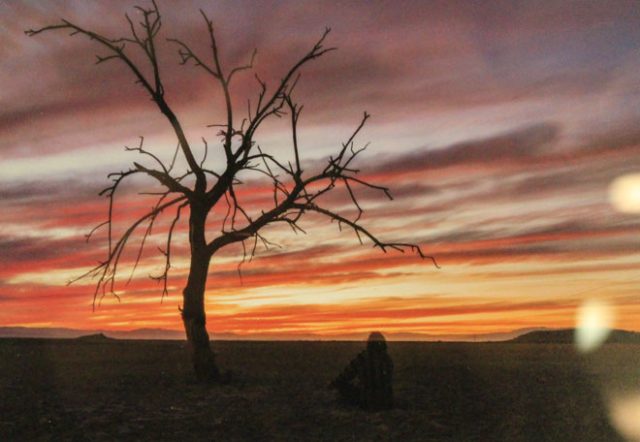 Untitled by Erik Sanchez of the Institute of American Indian Arts

Every morning started out the same in the Lumbee’s home. The familiar sound of bacon sizzling on the stove as the comforting aroma of freshly brewed hazelnut coffee lingered throughout the house. Mrs. L, always ahead of the early bird, would be finishing off breakfast by the time Mr. L and their daughter Katie arrived in the kitchen. “Good morning you two, sleep well?”

Katie raced up to the table grabbing her orange juice with joy, “Yes mommy!”

“Somewhat, I was quite anxious about the big promotion today,” Nick responded as he poured his coffee.

“You’ll do great honey, you deserve it. We deserve it.” Jane had always been supportive of Nick’s work life, but since Katie came into the picture, a raise was long overdue.

“I suppose you’re right, it will help a lot.” When they first found out about the pregnancy, they decided that Jane would stay at home for the first few years.

“Hurry up sweetie, mommy has to get you to school on time,” Jane commented as she finished cleaning the leftover mess. “And to finish a special little girl’s birthday plans for this weekend.” This coming weekend would be Katie’s 7th birthday. The drive to school was peaceful like most—sun shining bright through the different array of trees and long Michigan fields, giving off the sweet scent of fresh corn crops.

“Byeee momma!” Katie waved excitedly as her mother drove away from the school.

It wasn’t unusual for Nick to not be home on time for dinner from working late. Jane and Katie finished their nightly routine of dinner, bath, bedtime story, and the final tuck in. “Momma, when is daddy coming home?”

This wasn’t the first time Jane had to answer this same question; the response never changed. “He will be home in the morning when you wake, I promise.” Once Katie was finally asleep, Jane snuck out to the front porch to make what would be her fourth call to Nick’s cell phone. “Damn. it just rings to voicemail; he should have been home two hours ago.” Jane spoke out loud as she paced back and forth.

There was only one other person Jane could think of to call who would still be at the office. After a few rings a young women’s voice answered. “Hello Jane! How are you and Katie?”

Jane quickly responded. “Katie and I are doing well, I’m so glad you answered.” Since Nick had worked for the company so long Jane had become good friends with his secretary Lilithen. “Did Nick have to work over tonight?” The strong tone Jane usually had started to crack and weaken.

“No ma’am. The director isn’t having anyone work over. Either way, Nick never came in today. He’s not home?” Lilithen asked as she started to sense the emotion in Jane’s voice.

After a few moments of silence Jane responded. “I, um, I think I see him coming up the drive now. Thanks Lilithen.” *click*

Jane took a few deep breaths as she sat down staring at an empty, unlit driveway. Nick had never missed work before, even when Katie was born. Coming to the realization she should do the only thing left to at this point, “Hello, is this the sheriff’s office?” Jane tried to not assume the worst.

An older man’s voice came through the other end. “Yes, it is, what can I help you with?”

Where would she even begin? How could she not sound crazy? Jane stayed as calm as she could enough to mutter out “I’m looking for my husband, Nick Lumbee. Has there been any accidents reported involving him today?”

It took the man a few moments to respond after checking the files. “No, it doesn’t appear we have any record of any accidents involving your husband.” Jane responded with a simple thank you and hung up the phone.

Throughout the continuous pacing, Jane eventually exhausted herself into sleep. Awaking the next morning was as usual as ever, as if yesterday was just a dream. Jane was up early making breakfast as Nick and Katie awoke. Nick left for work as Jane left on her morning run to take Katie to school. The day seemed to finally wind down and the two girls were finishing dinner. The same routine took place, once Katie was sound asleep Jane made the same phone calls as the previous day. This continued day after day, until the last.

The sounds of beeping machines and random hushed voices could be heard from all around what seemed to be a very small, dimly lit room. Slowly more and more light could be seen through the slim slits that began to widen on the woman’s face. “Where . . . where am I? Why am I here?” The woman soon realized that she was in a hospital bed connected to many different monitors and surrounded by many doctors and nurses.

“It’s okay mom, everything’s going to be alright, just take it easy,” said a young woman sitting beside her.

“Katie, where is your father?” Jane was clueless.

“I don’t understand. None of this makes sense.” Jane shifted herself and she tried to make sense of what was going on.

Another gentleman’s voice could be heard across the room. “Don’t rush her into it, she has been inactive for quite some time. She may not respond well.”

Katie knew this time would come; her mother was getting older and weaker. Her mind had not been there before the coma, so it certainly wouldn’t be now. As easy as she could lay it down Katie knew she had to tell her mother, again. “Mom, you’ve been in a coma for almost eight months, ever since you took a bad fall at the nursing home. Dad’s been missing for 47 years . . . they gave up the search when I was still a little girl. I’m sorry.”

Angie Brown is a student at Saginaw Chippewa Tribal College.

As our society changes and becomes increasingly complex, now is the time to imagine what sort of future we need and exactly what we need to do to get there. END_OF_DOCUMENT_TOKEN_TO_BE_REPLACED