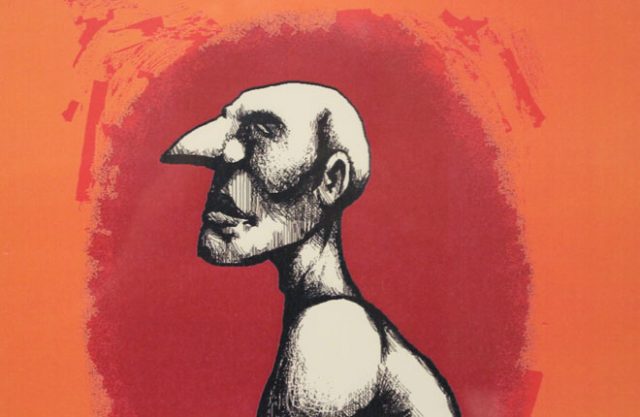 The earth-shattering noise of Thomas’ alarm clock beeped, loud enough for the entire house to hear. Thomas tiredly rolled over and hit the snooze for the third time that morning. Five more minutes and I’ll get up, he thought to himself as he slowly dozed back off into his dreams. “Thomas! Get your butt up now or you’ll be late for your first day of work!” Thomas’ mother shouted through his door. He jolted up quickly, knowing that she used her stern don’t make me tell you again voice. The warm morning sun peeked through his dark curtains, and the noise of the birds singing their morning songs filled Thomas’ room. He rolled out of bed and wiped the drool from his mouth and quietly began getting ready for the day he’d been dreading.

Thomas was sixteen years old and it was the summer before his sophomore year of high school. He had every intention to play video games with his online buddies all summer until his mother told him he needed to find a summer job. “Mom please! No one my age has to work on their summer break,” Thomas said to his mother.

“Too bad, Thomas,” Thomas’ mother said with a smile, “I already told Mr. Wilkin you’d be there Monday morning to help him!” Thomas rolled his eyes at the thought of that grumpy old man.

Mr. Wilkin lived down the block from Thomas and was always yelling at all the neighborhood kids as they passed by. No one ever wanted to get on his bad side. Thomas dreaded the thought of having to communicate with Mr. Wilkin and now, even worse, he had to work for him. He tried to enjoy his last weekend of freedom but every time he passed by the old man’s house, he was reminded that he’d be starting work that Monday morning.

Thomas went downstairs after throwing on clothes and sat down for breakfast. “Mom, do I really have to do this?” Thomas whined, “It’s completely unfair that I have to be up this early on my own summer vacation.”

His mom just rolled her eyes and continued cooking. “If you don’t hurry and eat, you’ll be late, now go on,” she said.

Thomas stuffed his toast in his mouth and shot up from his seat. “Fine, but just know this is completely unfair,” he said with a mouth full of toast. He kissed his mom on the cheek and headed out the door. He wasn’t quite sure what type of work he was going to be doing, but he was sure it had something to do with cleaning or lawn work. The two worst types of things to be doing in the summer, Thomas thought. Mr. Wilkin only lived around the block, so it was a short walk. The air smelled like freshly cut grass, and it was mostly quiet out except the sound of birds chirping and neighbors on their morning walks talking amongst each other. Here we are, he thought out loud, Mr. Wilkin’s house. He rolled his eyes and went up the stairs to the door.

The doorbell rang, and without missing a beat the door swung open quickly. “About time you got here, I thought you’d never show up,” Mr. Wilkin stammered. He led Thomas up to the attic. “This is where your work begins,” he said, “This is almost 70 years of junk piled up that I just can’t tackle on my own.” Thomas suddenly felt like he was going to throw up his breakfast. This will take two years to clean, he thought to himself.

He came across old magazines, antique furniture, tons of papers, and trash. This process was looking endless and he had yet to come across anything cool. He was about an hour in when he found a short stubby wall clock. It looked like it was from the 1700s and was covered in dust. He didn’t think anything of it and tossed it in the throw-away pile. He continued sorting through the junk until suddenly, the old clock started making a weird noise. Thomas went over to investigate it, but before he got there the old clock began to transform. Right before his eyes the clock went from an old wall clock to a little wooden robot, with legs, arms, hands, and eyes! “WOAH,” Thomas shouted, “What are you?!” The cute little robot blinked at him and without saying a thing began cleaning and zapping away the mess in the attic. Thomas was shocked, he couldn’t even get a word out. The entire attic was spotless and his job that was supposed to take all summer was done in not even two minutes. “This is AWESOME!” Thomas geeked, “No one’s ever going to believe me about this!”

Thomas tried to communicate with the tiny robot but it just continued cleaning, dusting, and zapping things away. Suddenly, Mr. Wilkin came busting through the attic door. “What! But. . . . How. . . . Where. . . . WHAT!” Mr. Wilkin stammered, completely stunned that the attic was clean.

Thomas turned to show him the bot but all he saw was the wall clock. Just like that, it was gone! Thomas knew Mr. Wilkin would never believe him now. “I’m just a fast cleaner I suppose,” Thomas chuckled, looking nervously around.

“I can’t believe this!” he said. “Well I guess I owe you your check now, and there won’t be any need to come back.” Mr. Wilkin wrote out a check for $400 and handed it to Thomas with a smile and thanked him for his help. Thomas went on his way home still in disbelief of what had just happened in that short amount of time. He decided to not tell his mom about the little robot since he had no proof. He went on to enjoy the rest of his summer $400 richer while playing video games.

Monica Pelcher is a student at Saginaw Chippewa Tribal College.

As our society changes and becomes increasingly complex, now is the time to imagine what sort of future we need and exactly what we need to do to get there. END_OF_DOCUMENT_TOKEN_TO_BE_REPLACED