A Sky Full of Candles 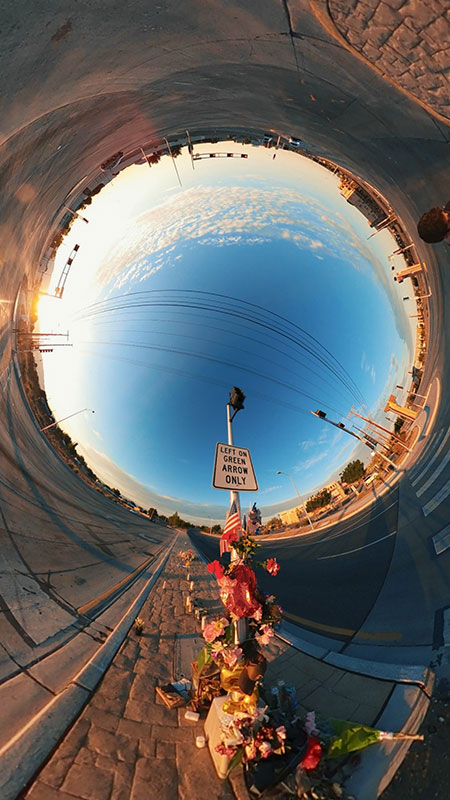 I still remember the moment my father and I danced like flames flickering across the Albuquerque skies. He’d only visited a handful of times back then (and ridden exactly zero balloons), but he volunteered all the same to help before anyone else. He marched across the field and, as I watched him raise the canvas, I remembered our early mornings when he’d don his Army uniform, when the canvas used to be parachutes. Standing there, clutching my coffee between shivering hands, I became that awe-struck little girl all over again.

By the time we’d met for that balloon ride though, his army-regulated buzzcut fluffed out into peppered tufts. His stubble betrayed hints of grey, but his eyes still sparked as he searched the skies. To me, it seemed he was constantly searching for a way to rise with the wind currents. Excitement tugged him endlessly to the clouds, the stars, and all the way back down again.

Now, under the pilot’s instruction, he held the canvas above him. I was so immersed in the magic that, when I saw the fire burst to life above him, it looked as if it swallowed him, too. A scream caught in my throat as I broke into a sprint toward him. Propane fumes tinged the air and red bloomed over us, a wildflower in winter.

It wasn’t until I saw his smile first that I realized. All on his own, he coaxed the balloon up in front of us. The pilot turned to me, waving.

“Woah there,” he said, trotting over. “Your father’s got it all goin’ now.” He scanned the horizon line, eyeing the sun as it climbed slowly over the Sandias. A pink blush fell over the city. He turned back with a glinting wink. “When we get up there, I’ll let y’all in on the balloonist’s tradition.”

Carefully, we stepped haphazardly into the basket. The fire, a captured lion, roared quietly into the mountain air. In a way, as we huddled together beneath the balloon’s heartbeat, we absorbed the warmth and became glowing embers ourselves.

“Alright everybody,” the pilot called, “every one of us balloonists carries a prayer that has soared with us since the beginning,” he explained, unfolding a worn letter from his pocket. “I’d like to read it to you now.”

I bowed my head and listened, watching the cars shrink slowly into marching ants.

“May the winds welcome you with softness.
May the sun bless you with warm hands.
May you fly so high and so well He
joins you in laughter and sets you gently
into the loving arms of Mother Earth” (Thornton 2014).

In the years since that flight, there hasn’t been a single crash in Albuquerque until now (2021). I can’t tell you why I’ve stayed up most nights since then, turning the memory over like a stone. I do know that since then, Burqueños have come to the fallen basket with flowers and candles to guide the fallen embers back home once again.