Always Believe You Can Win 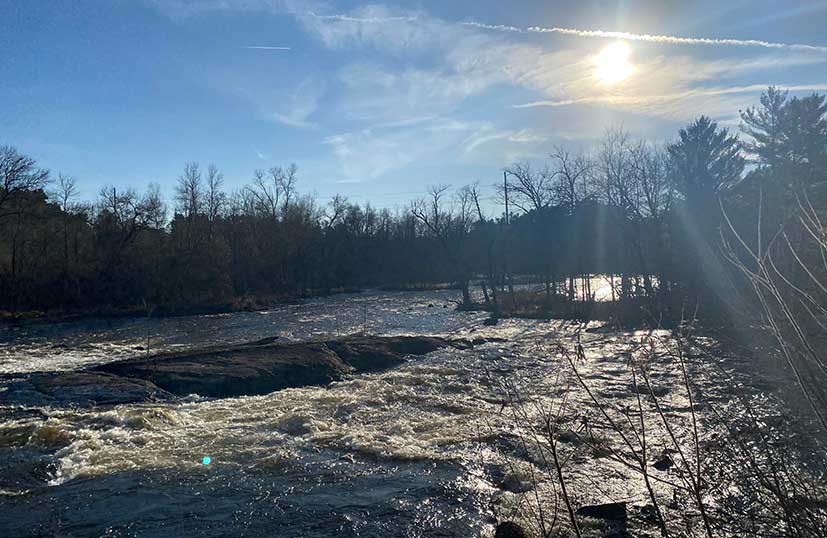 My first semester at College of Menominee Nation came at a very particular time. It was just after the 2016 elections and my tribe was engaged in a battle over the well-being of our ancestral birthplace. The Menominee River was under threat by the Back 40 Mine, a sulfide mining project which was located just a short distance from the water’s edge. That year we saw frequent flooding and people took photos of the Menominee River swollen to an incredible height, overtaking nearby properties—a grim reminder that regulations written for the Holocene might no longer be safe enough in the era of climate change.

I attended an informational event on the project and the possible implications broke my heart. We listened to the potential losses that could (and most likely, on an appropriate time scale, would) occur environmentally, culturally, socially. This was likely to be an expensive project with some powerful interests attached and we were just a small tribe—and not a particularly cash-heavy one. Unique policy factors made it especially difficult to approach. There were people fighting it, both within the tribe and at the grassroots level, but sitting there in that little room, weighing the many factors in my mind, I will admit to feeling pretty close to hopeless.

That was when a legislator and respected elder in our tribe gave a piece of advice that I have turned over in my head on a near-daily basis ever since. He said: “You have to believe you can win.”

I thought about that advice again earlier this month, when a friend forwarded me a document that had been circulating that day marked “FINAL DECISION AND ORDER,” in bold and underlined. I was still quite tired from the previous semester and I had come back to work that day, so it took me a while to process what I had in front of me. But when I was finally able to parse its meaning, my heart leapt into my throat.

The permit was denied.

Ordinarily, I would have run into the street hugging everyone I saw like George Bailey finding out he was still alive and it was Christmas. But in the age of COVID, I had to settle for hugging my very surprised dog.

Earlier in 2020, my people had received more good news. Another mining project set to take place on the Wolf River, a river that flows through my reservation like a central artery, was also abandoned in September. It took me three times to read the article because I could not wrap my head around good news in a time of such trauma and woe.

Of course, most environmental victories are temporary. Without legislation to protect these rivers indefinitely, it might only be a matter of time before some new threat emerges. But for the time being at least, they’re safe. And with these victories comes a reminder that even when things seem impossible, they’re worth fighting for. Without the efforts of water protectors, who knew the odds and fought anyway, I have a hard time believing that these victories would have been won. And even if, perhaps when, that new threat does emerge—whatever it looks like—they’ll be ready. We will be ready. And we will win again.