Beneath the Concrete and Shattered Glass 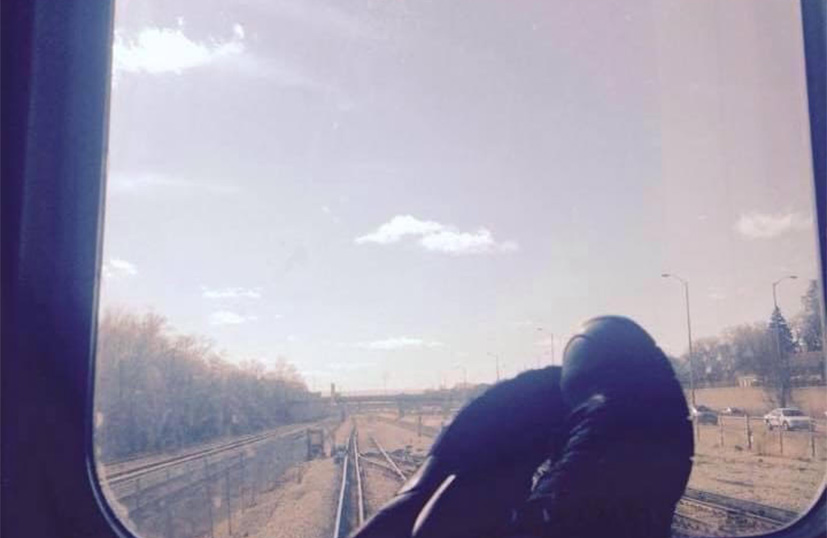 I have a project that I have been working on for several weeks with some colleagues of mine. I put a lot of effort into it. I have spent day and night reading and reading and reading, drafting up notes for this final step of one deliverable: a PowerPoint presentation depicting what I had learned. It’s a complicated project and I won’t go into the details, but I spent two to three hours a night rehearsing this presentation out loud to make sure that it was cogent and well-thought-out. I talked about healthcare and the economy and emergency preparedness and tradition. I talked about land ethics and what it meant to be a good relative and the responsibilities that we have to all of those things that accompany belonging to a place.

After I had finished the presentation to my reviewers and mentors, one of them stiffened up a bit, collecting her thoughts and preparing to address them in the interest of growth and intellectual rigor. I was prepared for a lengthy critique but what she had for me instead was a deceptively simple question: “Where are the urban Natives in all of this?”

In general, when people ask me a direct question, I do what I can to respond. This time, I simply said, “that’s a very good point,” and wrote that question down on my notepad.

It’s a valid question. A recent report stated that a strong majority of American Indians live in cities. This is something I should have known and thought of because for much of my life I have been an urban Native. I have very fond memories of my parents taking my brother and me to the American Indian Center in Chicago to make crafts and attend the Friday night fish fry. The first powwow I ever danced at was in the city. Thanks to Natives’ strange, magical, irrepressible ability to recognize other Natives, I would occasionally find myself sitting on a Chicago Transit Authority bus across the aisle from someone with dark diamond-cut eyes, chiseled cheekbones, and raven-black hair and I would make eye contact a bit before smiling and gesturing down to their purple and white cellphone case, asking “Oneida?” before identifying myself as Menominee. I spent an entire summer playing neighborhood basketball in the alleyways in moccasins. Almost everyone in my family has at one time or another been an urban Native, swept up into the Windy City (usually) as a result of some historical event or one of the endless programs designed to assimilate us. Although our ancestral land is several hours north, Menominees and other Indigenous people are as much a part of Chicago now as tall buildings and copious amounts of mozzarella cheese.

And yet when I speak about the Menominee land ethic, I find that I’m not thinking of the city. I’m thinking about the soft mossy greenworld of the Menominee forest and the wild waters of the Wolf River. Despite knowing full well that urban Natives are every bit as Indigenous as those on the reservation, there is some part of me that lets go of those responsibilities that define me once I find myself south of Green Bay or west of the Mississippi. And yet that’s not how things work. While the Menominee still reside in roughly the same place where we came into being, there are plenty of Indigenous people who have been removed and who managed to develop land relationships with the places they ended up. I have seen the respect and love with which Natives who live in secluded areas away from their ancestral territory still tend to the land. So why is it so hard for me to imagine that in an urban setting? Why is it that a couple inches of concrete and some shattered glass are all that it takes to alienate me from the ground beneath me or to remove the self-defining understanding that when you love a place ,and that place takes care of you, you owe part of yourself back to it? Isn’t place more than its natural features?

While I undoubtedly belong to the land of the Menominee and everything in it, there is also no doubt that Chicago took very good care of me. I have swam in its waters, lain in its grass, been fed by tomatoes grown in its dirt, had my spirit buoyed by the birds singing in the trees. Somewhere there is still blood on the sidewalk where I scraped my knee falling off my bike and learned how to pull myself together. So why is it that I don’t feel the same? What does being from a place-based culture mean when the way that you’ve defined that place is not the place where you live?

I don’t have any answers or conclusion on this matter. I obviously made some changes to that presentation. But when the numbers are as high as they are for urban-dwelling Natives, it occurs to me that this is not something that we can ignore. The land ethic of the urban Native might be lived and it might be written or it might not. But whatever happens, it is clear that the picture of 21st century Indigeneity is incomplete until it includes the places where Indigenous people actually are in the 21st century.