Between the Future and the Past 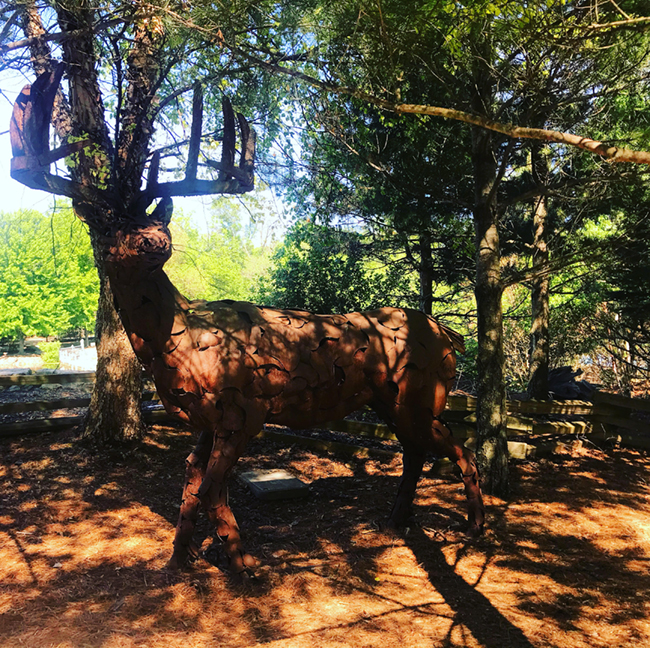 Time is a funny thing when you’re Native. And no, I’m not talking about Indian time. I’m talking about the experience of living in one time but having an important personal relationship with the past and the future. Not only that, but as an Indigenous person, one’s cultural relationship with a place might span so far into the past that it can be hard to wrap your brain around it. You can walk down a trail that you have been walking down your whole life knowing that one of your ancestors, thousands of years ago, probably walked down the same path. Once, on a forest tour, some of my peers and I gazed up into the towering canopy as one of our mentors described how glaciation had helped sculpt the place. Using a particularly gigantic elder tree, he described how tall the glaciers would have been compared to the current ground level. For weeks after, I had dreams of miles of vivid blue ice stretching into the sky with the dirt around my childhood home sleeping underneath. On other tours, I have been taken to places where someone had clearly built a home, where mentors pointed out signs of one’s history—a lone tree of a species that did not occur here naturally and that had to have been cultivated in its early years with great love (perhaps a gift from a friend or the last souvenir of travels and trade); or cache pits along trails that once held foods I still eat today. For some reason it is much easier to cast my memory back a thousand years to this lush green forever-ago than it is for me to stand in other places in Wisconsin and imagine them as a place of early German settlements, for example, or even to picture life in the 1920s.

On the other side of the spectrum is a time that spans far into the future—well beyond my time, my children’s time, perhaps even my grandchildren’s time. When I find myself hesitating to take a leap, I think of those future ones who give me the strength and clarity to continue. It is famously difficult for most people to consider the future deeply and to think even one generation ahead. But Indigenous peoples are quite often conditioned to think several generations ahead. We are raised to know that everything we have today is not just given to us by our forefathers; it is also borrowed from those to come (as Chief Seattle once famously said).

Environmentalists and scientists are often in this same space. When you have the experience of all three, it begins to feel a little bit like time travel. Sometimes as I’m working, it feels like I’m building segments of a bridge between two huge mountains, knowing I’ll never see the other side of it. When that happens, I like to take a walk or visit with my loved ones, taking in the glory and joy of the present and recommitting to making my little contribution the best that it can be.