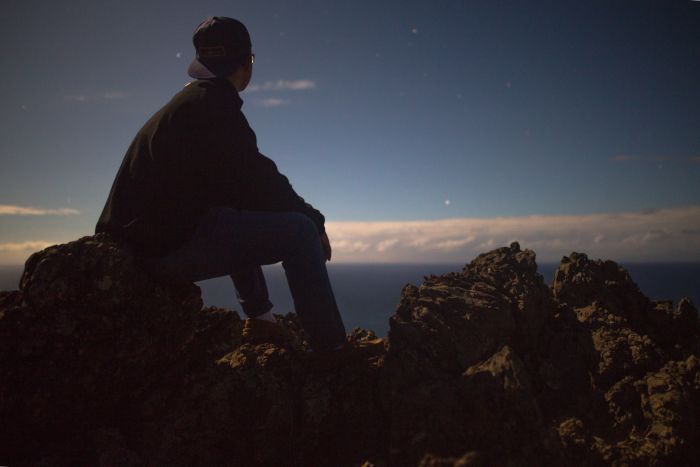 “What’s the better teaching strategy—a written tradition or an oral tradition?” inquired my venerated professor. Well-versed in the necessity of having to defend every opinion we voiced, my fellow graduate students and I contemplated our next move. Having just lamented the shortcomings of the texts we had been assigned, none of us seemed poised to support more readings. That being noted, we weren’t readily able to offer scholarship that written instruction should be entirely supplanted in our classrooms. Moreover, our instructor was educated in both methodologies and we had heard him heap praise in either direction. Personally, I was silently trying to mount a convincing defense for combining the seemingly conflicting pedagogical approaches. Yet more than anything, I wanted to pause the discussion until I could think critically through my conclusions—which is what I’m advocating we all attempt to do when confronting weighty matters.

It goes without saying that a column in the Writer’s Corner will champion writing as the solution to any proposed academic problem. After all, writing about an issue enables us to reflect on what we have learned and justify our conclusions. Regretfully, modern formative education has perpetuated shortsightedness by focusing on test scores over critical thinking, and that means that the pursuit of lifelong learning is more of a mandate for fluent discourse than a prescription for intellectual maintenance.

In The Knowledge Gap: The Hidden Cause of America’s Broken Education System—And How to Fix It, education journalist Natalie Wexler chronicles how and why U.S. schools are falling behind those of other countries. The malignancy is systemic, but Wexler identifies the root cause as being elementary school educators’ federal mandate to teach general terms that reach across disciplines rather than a content-rich curriculum. This has led to copious amounts of time being focused on reading and math, which is assessed by national test scores, and sparse instruction on their context within fields that aren’t tested such as social studies, history, and science. Yet, mixing content with comprehension terminology is the most effective way to learn.  Wexler’s vocal conclusion is unambiguously critical in the audiobook version that she narrates, noting, “I’d love to point to a school district, or even a single school, and say: This is how it should be done.” She continues, “Unfortunately, I have yet to see an American school that consistently combines a focus on content with an instructional method that fully exploits the potential of writing to build knowledge and critical thinking abilities for every child.”

Documentable facts need to be grounded, and that often means exploring humanity’s failings alongside its triumphs. In my own class, I teach President Abraham Lincoln’s famed “Gettysburg Address” within the context of his liberation of African American slaves, but I also show the film Dakota 38 to share the courageous speeches about the healing needed because of the Great Emancipator’s order to execute Dakota warriors. Lincoln’s actions, in both cases, were more far reaching than just liberating or ending human life, and American history is rife with problematic figures whom schools should fully examine. Wexler encounters a second-grade class that tackles westward expansion by first celebrating the war hero General Andrew Jackson and then lamenting his ascension to the American presidency and sanctioning the forced removal of Native people along the Trail of Tears. Wexler notes the students concluded that the history made them feel “mad” and “sad,” but it goes without saying that their enlightenment also made them more informed and empathetic.

You’re not alone if you’re questioning whether second graders should be taught about genocide. Numerous politicians and commentators who object are cited in Wexler’s text, but avoiding unpleasantness caused from age-appropriate introduction of these issues is akin to censorship and creating false ideals. After all, how can we appreciate the annual spring celebrations of the legacies of Dr. Martin Luther King Jr. or President Lincoln if we don’t explain America’s shameful history of segregation and slavery? The same is true of Indigenous peoples’ contributions to America, and schools would do well to partner removal stories with the heroics of displaced yet resilient Native people like nineteenth-century Cherokee scholars Sequoyah, who created his tribe’s written language, and John Rollin Ridge, who penned the first Native-written novel published in the United States.

Regardless of where you stand on the political spectrum, you likely believe your opposition fails to understand the issues at hand. Maybe you even cite their inability to recognize misleading political ads or slanted “fake news” for what they are—biased and unable to withstand careful, objective evaluation. It seems having misinformed adversaries is the only thing we all can agree upon. This shouldn’t come as a surprise because increasingly, Americans aren’t appreciating the value of critically thinking through opposing viewpoints. Perhaps no one implored them to compose their written thoughts during their formative years, but that only solidifies why we each need to eschew past shortcomings and compose reflections of our own.

Digesting multifaceted issues is what builds knowledge and hones critical thinking skills.  Committing our thoughts to writing enables our ideas to be presented in a fixed, assessable, and defendable format in a process that can be revelatory for all involved. So what’s the better teaching strategy—a written tradition or an oral one? That question in and of itself is shortsighted, because it puts the power on the educator rather than the learner. The answer is that the proven, student-centered strategy is fostering a culture where critical and reflective thought can occur. In modern academic discourse, that means reasoning through content-based writing.

Wexler, N. (2019). The Knowledge Gap: The Hidden Cause of America’s Broken Education System—And How to Fix It [digital audiobook]. New York: Penguin Audio.