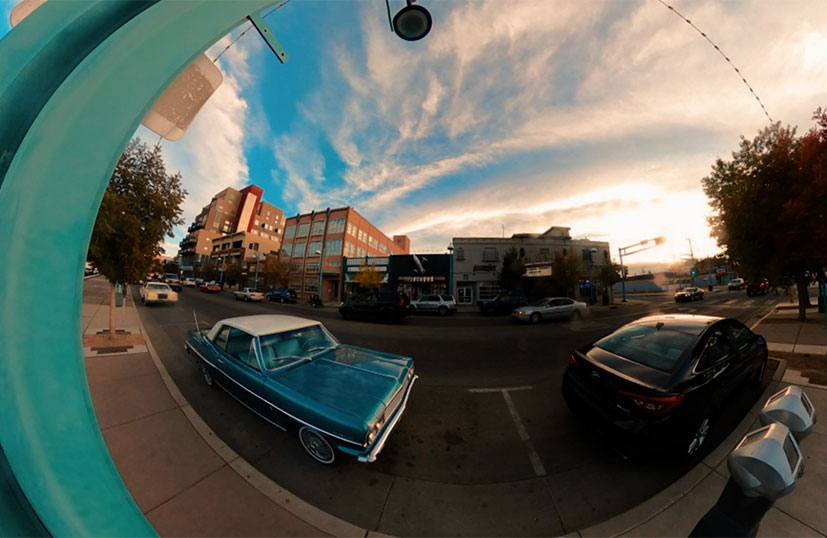 As the sweltering haze of a golden sunset filtered through the dusty cars of Albuquerque’s traffic jam, I wove my Nissan precariously through the metallic maze of Jefferson Avenue. It was then that I heard you first, long before seeing you. Even now, I still can’t remember the faint details of your car, only that it thrummed to life with a rock-heavy bass that reverberated from your window to mine. Still, I can feel the vibrations of your electrified stereo carrying the last echoes of summer in tow. In a way, it felt like a farewell to another summer sitting in static silence, where the pandemic padlocked the doors of every concert venue, shuttered the windows, tossed the keys. It was a siren song for all the amphitheaters dotting the country, filling the air in silent goodbyes. Only here, as yawning drivers chugged to their exit signs looming overhead, you weren’t quiet, you weren’t looking for your exit, and you definitely weren’t saying goodbye.

I slowed at the red light by then, craning my neck to see which car was brave enough to blast the ears off the city. In comparison, my own radio fell short from the screams that poured from yours. Instead, Dave Bayley’s voice shimmered through my speakers, crooning about the middle of June, heat waves wiggling on pavement, and promising “all I think about is you.”

When I pinpointed you across the white line, the guitar riffs made even the air ripple. A shaggy shock of black hair frayed all around your face, kind eyes peeked out through your bangs, and you threw everything you had into the beat, thrashing your head to the drums. Suddenly, it didn’t matter that I played pop next to the warbled screams, or that we moved off-beat, off-rhythm, and separated by two-tons of metal in our own little bubbles. Your eyes lit up mine, your grin coaxed out my own, and we tossed our heads back as the stoplight flickered in yellows, reds, and greens to a stock-still audience.

But, of course, Dave Bayley’s voice shrank into that distant mirage he’d spent four choruses conjuring up in Heat Waves. The death metal guitars ran out of metal to shred into their amplifiers. The stoplight inevitably worked its way back to green in a (finally) emptied intersection, and the tired drivers churned back into motion.

I never got your name; only your headbanging and vibrations pooled out across the distance. Although Jefferson Avenue swam thickly in the midst of a stop-and-go jam, all along it had been a concert for two, lasting for only a smattering of heartbeats, but held an entire summer starved of sound. When I turned back, you flashed a peace sign through the window.

I waved and, for an instant, something like sadness flashed in your eyes. Your grin faltered and you stared back into the blinding sunlight, revving your engine.

Just like that, you were gone, and our concert for two fell back into one.