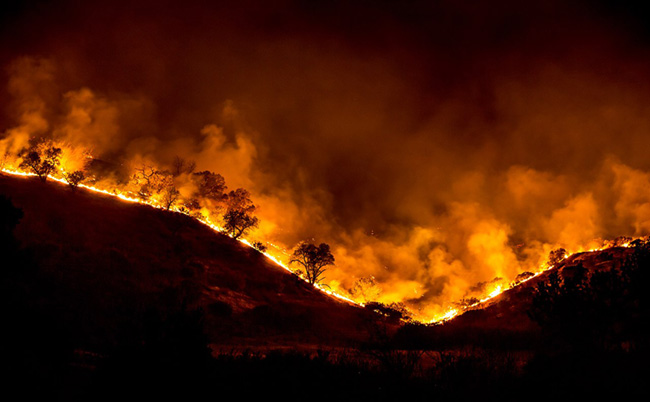 I scoured the tree limbs for any leaves that I could find. It has been at least two days and I have found nothing but bare lands and empty charred remains of what once was a forest thriving with diversity. I thought I may have hit a bad spot, but one bare spot eventually turned into miles; I was hungry and confused. Although I would find food here and there, it was just enough to keep me going through the night. It was time for me to rest as the sun would rise any minute.

I finally walked upon tall, spattered, green and yellow grasses that seemed to be untouched. With yellow light poking through the horizon, I spotted a patch of trees that looked seemingly healthy. Navigating myself through the tall grass made it hard to see where I was going, but I knew the reward was greater than the challenge.

I made my way through the trees, deciding which tree was the right fit. To judge which tree is right, one must examine the pattern of the trunk itself. The tree I was looking for had a rough surface with bark that curved off the trunk. It was tall and held little patches of pointed leaves that dropped low from the branches that reached out in every which way. When I decided on the tree I would call my home for the night, I put my claws slow and timed into the bark to make sure to have just the right grip. My arms steady to hoist myself onto the side of the tree, I made my way up the trunk until I found the perfect sized branch to rest my weight. The branch was low enough to the ground and provided me with the leaves I needed to keep me hydrated and full. After eating, I rested my eyes and gave into a deep sleep.

I awoke to an odd smell that I have come across before. It was strong and seemed nearby. Taking one last bite of some leaves, I made my way down the trunk, thinking I had enough time to avoid whatever might be coming. Halfway down the bark, it was not hard to miss what had been causing this chaos. It started off as little specks of smoke and eventually turned into a single fire all in one. As I reached the ground, I went as fast as I could in the opposite direction of the flames.

It wasn’t too long before it caught up to me. My grey fur turning to black crisp, I yelled in pain looking for a place to step without stepping on anything that scorched my already scarred paws. Even while I was making my way out, my eyes became blurry, stinging from the smoke that radiated off the ground. Blinking out what hurt, no attempt I made could take away the pain that crippled my sight.

I was just about to climb a nearby tree to escape the heat only to find everything went black. Something had covered me and I felt something grab and lift me off of the ground. I struggled, but I did not have much strength to work with. I was then uncovered a couple of seconds later; I still couldn’t see, but I could feel cool water being poured onto my burns as I screamed in pain.

It felt like relief, but it only lasted a couple of seconds. My feelings were a mixture of despair and sadness. It all made sense why I could not find myself a home and a safe place to eat; everything had been wisped away by a never-ending fire that consumed my home as well as many others.

Being picked up again, we made a hasty retreat away from the heat. I was not sure of what happened next because it was then that I passed out from the pain.

“You’re awake! It’s nice to finally meet you, you’re lucky you do know.”

Working for this sanctuary for so many years, I’ve never seen so much devastation until recently. I am a certified vet and have been trained to work situations like this. This particular koala had been caught before it decided to climb the tree where he would have ultimately faced his death. He almost lost his eyesight in the smog and his fur had turned a dark gray from the ash that filled it.

After giving him a small bath and putting ointment on his paws, I was careful to tie a small knot on his mittens. Giving him a small leaf for his patience, it was time for me to show him his new home, just until he can live on his own. He reached for my red curls in curiosity as I walked him to the backyard. It was important for him to understand that we were helping him so we made a small spot for him on a branch where leaves were grown perfectly in reach. We knew that because of his mittens it would be hard for him to climb, so we kept his branch especially close to the ground. The mittens would take some time getting used to as the leaves seemingly slipped through his grasp so much so that he eventually decided that pulling the whole set of leaves towards him might be the best way to go about eating.

At first, he was not used to being in the sanctuary, but quickly got used to the routine. One thing that haunted me was how much these fires had spread in a matter of weeks. There are many more species affected by these fires, so many that I could not even name half of the species that are now on the endangered list. If this does not end soon, a whole ecosystem could collapse before we know it and there would be no way to prevent the matters that currently prevail.