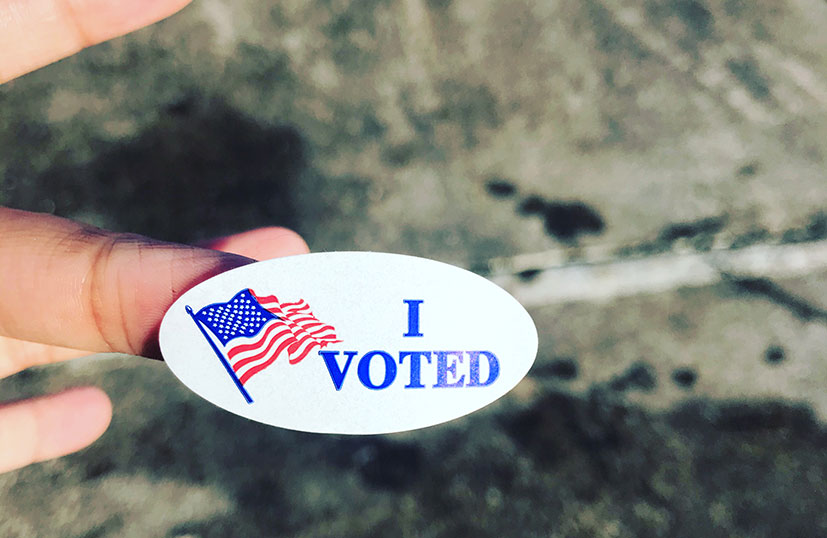 There is a conversation going on right now about whether or not voting is sacred. A student in one of our tribal groups said that it isn’t and that we should be more cautious about how we bandy about the term “sacred” because it causes confusion about the things in our culture that are actually sacred. I know a lot of folks right now are not voting because they feel that it’s participating in colonization and doesn’t make any sense for us because we are sovereign nations and should be only worried about the political environments of our own communities.

That perspective leads us down an interesting path. What is sacred? How does something become sacred to a people? One thing that I think a lot of us modern Native folks take for granted is the permanence of everything in our world because we are ancient. The reality is that not everything in our cultures that is sacred was handed down to us directly by the Creator after fasting in the woods. Some of it—not all of it, but definitely more than any of us want to talk about—was learned out on the road and talking amongst one other and figuring out how to survive in our environments for thousands and thousands of years. Very few of us, if any, had cultures that lived in a vacuum free from influence. Our nations were interacting with other groups long before colonization. It’s the reason why two different ethnolinguistic groups who are next to each other might have words that sound the same. And yet nobody has the audacity to question whether our languages are sacred.

While the Creator had a hand in everything, a lot of what is sacred to us now comes from our ancestors who were guided and given wisdom, who saw what made sense and what was important for us to do and to know in order for us to stay healthy, safe, and thriving. That’s why so much of our knowledge is practical. It is not in the nature of most Native people to do things simply because we are told. We are given knowledge and direction to do things that keep us safe, and the responsibility and right that comes with that way of life is the underpinning of how we think of things as sacred. At some point, many of us allowed the American narrative of our cultures as static monoliths to influence how we see ourselves—we’ve look at our cultures as things dipped in wax to be preserved. Decolonization has allowed many of us to see that our cultures need to be lived to continue thriving, but many have not yet seen that in order to do that, we must also allow them to exist in a world where time moves forward. That means that while our values do not change and our responsibilities do not change, the actions we take and the way that we demonstrate them might.

Most Native people who vote do not do so because it is fun. In fact, it is the opposite of fun. This year especially feels like the process has become complex and fraught with perils. But we do it because we know that the decisions we make today are going to affect the people who are yet to come. We do it for the same reasons that my nation, when building in Wisconsin was booming and the Menominees had a whole forest full of excellent timber, chose not to clear cut the forest like what was happening in the rest of the state because the world that we have now does not belong to only us, it is borrowed from the future generations. What makes voting sacred is that it is a way for us to show love for those future children by making choices today that will impact them when they are here. It is a way for us to be good ancestors and to accept the responsibility that comes with that, giving weight and meaning to all our actions, whether we understand that now or not.

Many of the things in our world that are sacred come with a teaching. In this respect, voting is no different. What voting teaches us, I think, is that the actions that we take as individuals—even actions as seemingly mundane as standing in a line, wearing a mask, making a line on a piece of paper—can have consequences for the rest of the world for many many years to come. The truth is that the actual process of changing the world is usually not very entertaining. The Rock isn’t going to run into a burning building to stop the Amazon from burning. Instead, we change the world by the choices we make. To show up at a meeting or stay home and watch TV, to go left or right—those choices can have the greatest and the most unforeseen impacts, taken together with many others. In pop culture they call this the “butterfly effect.” In STEM, it’s sensitive dependence on initial conditions. I don’t know what they call this in Menominee, but I suspect it’s all tone: looking at an opportunity for temporary wealth to the detriment of the environment and saying “nah we better not,” or the quiet sleepy patience of waking up early on a Tuesday to wait in a line at city hall before work.

Jasmine Neosh is a student at College of Menominee Nation