It’s Time to Speak Up for the “Not Enough” Natives 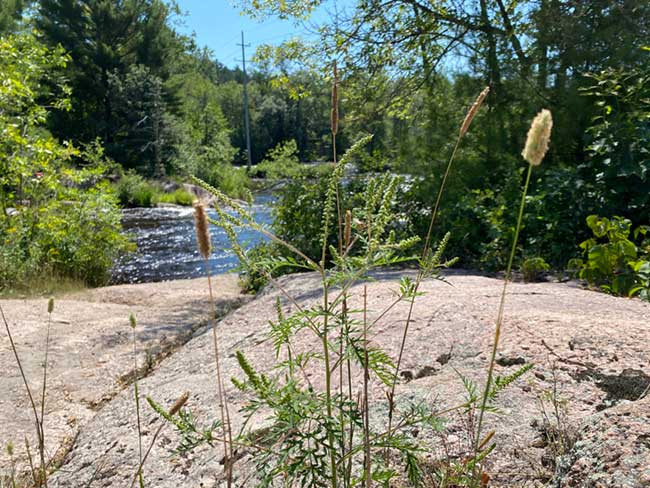 What makes a person Indigenous?

This is a question that I have already asked in this blog spot. It is one that I feel satisfied I have an answer to. My answer is inevitably going to be different from yours because even if we come from the exact same cultural backgrounds, our experiences in this world are going to be different. Over the last few weeks, I have hosted and participated in conversations about how differing experiences and skin tone impact identity. It has moved me deeply to hear about how the “othering” of people with different features has strengthened the loving resilience and allyship of some of my colleagues. But since spending more time in explicitly Indigenous spaces in the higher ed and professional world, I have noticed something besides skin tone that creates an uncomfortable environment of othering and it’s a conversation that grows more pressing by the day.

Now I know, before saying anything at all, that blood quantum elicits a very wide variety of responses. I understand also that there are very complicated and diverse histories at play here, ranging from the adopting-in practices unique to each tribe to tribal traditions of lineage. I also understand—and so should everyone—that the exact specifications and requirements are different for each of our different Native nations. I understand that there are issues of limited resources, of percap, of land ownership, of carrying capacity. This is not an easy subject for anyone, and I am not going to pretend that it is.

But that doesn’t answer the question, does it?

What separates me—an enrolled member of an ancient tribe Indigenous to the region where I live, a woman with an untranslated Menominee surname, dark hair, dark eyes, and brown skin—from the person sitting next to me, who is a fair-haired community member who has lived on this land as a person with a similar cultural background as me her whole life? The law would say the difference is a varying denominator in our blood quantum percentages: a known ancestor, a single marriage. And yet because of that I am given preference over her for many jobs in Indian Country. I have access to more scholarships and internships. I have a greater ability to legally exert my will in my tribe and help shape its future. It doesn’t matter if she is fluent in our language. It doesn’t matter if she knows more about our traditions than I do. It doesn’t matter if she can pluck a plant from the garden to heal a bee sting while I head into the house for baking soda. The only thing that matters is at some point in my history, my ancestors chose to marry someone who was from the same tribe as them while one of her ancestors fell in love with someone else.

I also think about a dear mentor of mine who has been a crucial part of the life of my tribe, yet is not considered Indigenous on any piece of paper because her heritage is a mix of several different tribes from the region considered separate by federal recognition. Through her education and devoted advocacy, and her later life as an educator, she has helped guide the future of the tribe in a loving, Indigenous-centered way. Her knowledge of governance never ceases to amaze me. Her kindness and patience as a teacher, elder, and Indigenous woman has inspired me daily to be the best Menominee woman I can be.

So am I more Indigenous than either of these people?

How about when I was living far away with a complicated relationship with my own identity? What if I was raised elsewhere and never bothered to walk in the land where my origin story had occurred? What if I decided to embrace colonization? Would that matter?

Things get worse for those whose lineage is—like many of ours—fraught with gaps and unanswered questions. There is a growing trend right now to call the Native heritage of people into question because they are not enrolled in a particular tribe or because nobody “claims” them. They are called “Pretendians,” which is just Native Twitter slang for “liars” or “fakes.” In one instance, these claims were leveled by someone who fully admitted they had found Native ancestry of the tribe the so-called Pretendian claimed. The issue then was not that she was non-Native, but rather that this woman was (according to one person’s opinion) not Native enough.

When I hear these things, it makes me think back to how I was also told I was not Native enough, even though I was enrolled, because I didn’t speak with a rez accent and I liked to read. It made me think about how people who wouldn’t have spoken up for me as a child got a lot friendlier to me when they saw Rebecca Nagle writing about me in Teen Vogue. Who claims you or not is a very complicated subject in a community where your aunts and uncles might not share a single blood relative and where ancient family drama, or even just being dealt a bad hand several generations ago, can make you a stranger to someone who is by every biological law your kin.

There are people out there who do masquerade as Indigenous for the sake of personal advancement and social cache with no connection to the tribe they claim. Nobody is debating that. But when we find ourselves working to disavow Native people based on not being Native enough without taking into account the inherent complexity of our Indigenous identities within the context of a colonized system and a complex history, that’s when we encroach into colonization territory ourselves. We cannot use trauma as a basis for how we treat each other without at least trying to give due consideration to how those traumas make our lineage complicated. What’s more, at a time when our nations are connecting all over the country, when we tell outsiders daily that being Indigenous is more about community and tradition than blood, what are we saying when we follow in the colonizer’s footsteps by drawing arbitrary lines about the validity of one another’s Indigeneity based on how much Native blood they have? Are we legislating for our people who are acceptable to love and start families with if the consequence to loving the “wrong” person is that their children will no longer be considered Native enough for their own people to accept (while still often facing discrimination for not being truly “white” or another race)? What will happen when people have to choose between their heart and their nation?

There is a lot of work to be done in our communities. We need to prepare for climate change. We need to get our young ones into jobs and college. We need to protect our people from going missing or getting murdered. We need to stop domestic abuse. We need to diversify our economies. We need to work toward food sovereignty. We need to make sure our water is clean. We need to do something about the suicide rates of our people. We need to work on the drug and alcohol abuse. We need to stop sex trafficking. We need to revitalize our languages. We need to make sure we’re protecting our treaty rights through legal protection. And with all of that, we need as many of our people as we can get doing that work. There are amazing Native people who are working on these issues, both formally enrolled and not. Those who are descendants or unclaimed often do this work without recognition, enrollment benefits, or even a voice within their own community. They are not just “descendants” and they are certainly not “Pretendians”—they are our students, our peers, our teachers, our cousins, our friends, our neighbors, our heroes and they stand with us through the toughest issues that are traumatizing our communities today, in many cases putting so much more in than they will ever get back. They should not have to spend their time defending the validity of their identity or their place in their home communities.

So, what does it mean to be Indigenous? Do you know that yet? Would you like me to decide for you? Probably not. No matter what definition I concoct, it would not change whether or not your ancestors still speak to you or if you know their voice when it raises in your heart.

This is a time for those of us who are future leaders to take a stand and defend our descendant and unclaimed brothers and sisters and work to find a more equitable place for them in our societies. And to those of you who have had to answer these questions from people who you have probably never met but who claim to know you and your ancestors better than you do: you don’t have to explain yourself to anyone.

And there’s nothing anyone can do to take that away from you.