↓ Skip to Main Content
Home › Blogs › Million to One 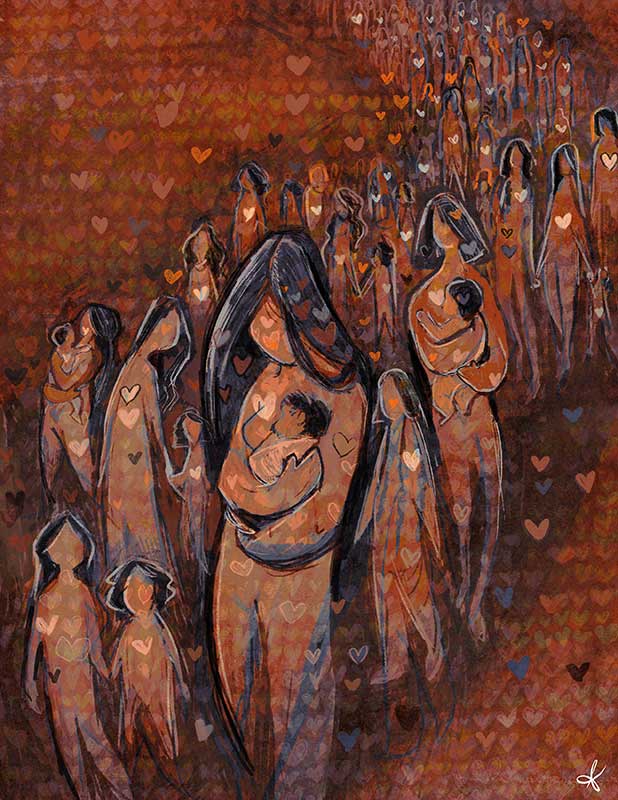 “Ann, did you hear?” my auntie asked darkly, sliding her phone across the table, “about that missing girl?” We’d been sitting on plastic cafeteria benches, gossiping over cooling pizza and cake. The laughter of kids in the trampoline park echoed out from across the hall, but we were oblivious to them. Suddenly, her one question threaded all the other aunties closer to us and we stared down at our phones, stupefied at the headlines.

One by one, we chimed in with our own theories, dread, and fear. My auntie, piercing with her usual glare, swatted at my shoulder in caution. “See? This is why you don’t go out into the wilderness with just anyone, I don’t care who it is!” she snapped.

“That poor girl,” another auntie sighed. “I bet it was that man,” she crooned. Maybe we didn’t want to say it out loud, or maybe we didn’t want to ruin the fanfare of a seven-year old’s birthday, but we all thought it just the same. While we passed out napkins, slices of chocolate cake, and scooped out ice cream onto plates, we imagined national parks slipping by in slow motion. We could hear the squealing churn of van tires slicked with mud and adrenaline, carving deep into deserts soaked with rain.

“Well, at least someone is getting into the news, even if they’re ignoring all the Native women,” Tabitha hissed out, suddenly. Almost immediately, we could tell she tried biting back her words and, when that failed, she looked down in regret. For a moment, none of us knew how to answer. Near our reservation alone, two newly missing girls slipped under the radar, squished between classifieds. Even within our family, we bristled with the murder of one of our own.

“Yeah, if only…” my mom replied, staring at the ceiling. “I wish this kind of energy made it to us.” The aunties chirped in agreement, swapping news articles like secrets. I tried joining but, when I saw police footage and her panic-stricken tears peeking out from police dashcams, my own throat closed up in response. Somewhere, buried beneath subpoenas and evidence, my old wounds unearthed. We were mirrors casting different reflections, yet we held those same sullen eyes and shaky voices. We understood what the scars meant for us, and we knew what happened when we couldn’t inflict them back. Where I was able to escape to the dusty police station tucked along Montgomery Street, she was stranded in a web of national parks. Even still, thousands more lay missing through the centuries, through a smattering of fists. For everyone saved, a million seemed to lay silent in return.

Today, as she was recovered from a small creek in the valley, she was that one in a million, lucky to find her way home at all.

At least, it has to be enough until every last one of them are sung home on the same cries of rage, until a million to one shrinks down to none.