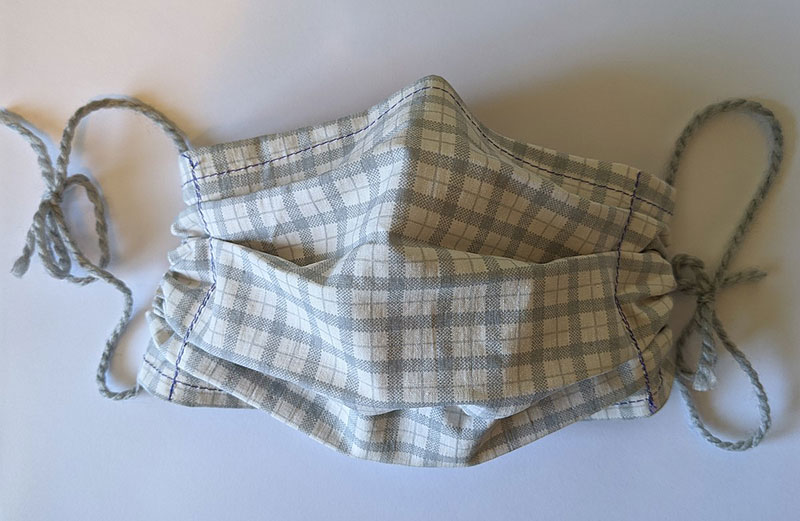 In the few months before cancer took hold of my grandmother, she’d flown down the coast from New York to visit us for one last Virginia summer together. I was about ten at the time and old enough to know that something was wrong, but innocent enough to pretend like I didn’t know better. In the months leading up to her arrival, I’d tip toe around the kitchen table where my father sat stony-faced, blue eyes dripping into a cup of coffee. As my parents spoke in hushed whispers, my grandmother’s name slipped out in tense, terse little wisps of fire: June sounded off today, why don’t you call her…Are you sure she’s okay to travel…What if June can’t handle… I’d dart through the kitchen and their breaths would hitch, voices raising to a higher vibrato, Ren, what are you doing up honey? Don’t worry about Grandma, she’ll be home soon.

By the time she’d flown down, I noticed she still had a bounce in her step as she fluttered through the airport terminal, arms clutching a yellow-vested airport assistant. Her smile was relaxed, eyes clear and aware, hands reaching to tuck in my curls as she crooned over each small change.

When we brought her back to our beachy nook, she’d announced her surprise as she unzipped her leather suitcase. I learned when I was younger, so you can learn too. She unveiled a machine with knobs, twists, and metal running up the sides. I remember my mother pausing, confused. A sewing machine? I don’t know the first thing about them.

My grandmother gave a knowing nod, unfolding a schedule lined with classes. Take these for now, we can work together. I’d resigned myself to twisting a little knob here, prodding a lever there. I tested the handle, but it was so heavy it wouldn’t budge. Ren, June crooned. Don’t worry hon, we can teach you soon. Just like that, our summer project was cut out for us. By mid-summer, my mother’s hands moved fluidly in front of the needle, feeding fabric into its teeth.

By the time I was old enough to learn, June had already begun wilting, her labored breathing latching her to the bed. As fall fell, we drove her back to the airport, and she looked at me with a saddened smile. I promise, she’d said, I’ll teach you next time. Watch your mother’s hands, and follow her way.

That was the last time I’d seen her. Hidden in a corner of the hall closet, her sewing machine gathered dust for years. I couldn’t flip open its cover without picturing her watery eyes and, just like that, our family unraveled. My mother hauled us off into the skeletal desert of the Navajo reservation, where it felt like I’d lost those last few threads to the wind.

Wherever we went, the sewing machine followed. Of course, my mother would brush off with a wave. I’ll teach you later. I’d take the machine out, test its needle, spool together threads of blacks, maroons, and marigolds. I’d press the foot pedals tenderly, too anxious to plug in. In a box, fabric scraps were folded where June left them: tiger print, tiny sea anchors, and polka-dots were stuffed into every corner.

By the time I was old enough, I’d lurched free from what felt like a cage, a fox bursting free from its den. I’d greeted the shores of Virginia, held my dad, fell apart in his arms as we worked to re-bind the tattered threads between us. By then, I’d been torn across cities, yanked back and forth from one coast to the other. Each return shrouded the idea of home. I’d pretend I could see a kaleidoscope of threads in the clouds from the airplane window, getting lost in all the turbulence. I’d focus on the sunset as it cascaded through the windows and across the aisles. Closing my eyes, I’d ignore the dancing, mocking threads getting lost in the wind. I’d study videos, read books, and outline patterns. My mother would sit down diligently when she’d hear the needle stabbing into clustered threads. Like this, she’d murmur beneath the glow of the kitchen light, fingers detangling the mess I’d made. Although the oven mitts I’d stitched could start a kitchen fire, my mother would nod encouragingly. Keep going. You’re practically self-taught!

Then, all at once, an entirely new sickness swept silently across desert winds, poisoning county by county. It wasn’t long before we’d heard of the first death back home on the rez, then the second, then the climbing death toll that barred us from reaching out. By the time the sickness spilled into our family, it seemed as if all I could see were thousands of poisoned threads, spilling across winds, highways, clouds, and…

Ren she’d said, hefting a box onto the table.

I looked up, startled, realizing I’d been tattering a placemat’s corner.

first, she hefted out the sewing machine. Next, the serger. Silently, she rolled out fabric and brandished Sharpies, dumping everything so suddenly the markers dashed for the table’s edge. Let’s get to work. The tribe is accepting any PPE donations right now. I know we can do this.

I nodded, relieved to finally have a task to do in all the stillness, for a reservation that still held glimmers of home.

As each new mask was added, I felt newer threads stitching the distance between us. I could picture the warmth of vivid Navajo sunsets falling across plateaus, winding down that long road home. our heads were bent down to the sewing machine light in a kind of prayer to keep other families from unraveling too. Now, when I look up at sunsets spilling into watermelon-painted clouds, I no longer see those scattered threads dancing across winds, looking for home.

I see home, now, cradled in the palm of my hands.