Speaking the Truth Gives Us Power 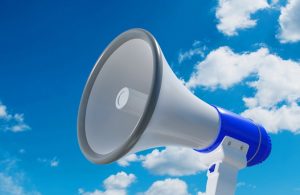 Native Americans have a history of activism. In the case of the Menominee community where I teach, pushing back against the whims of the federal government kept them in their ancestral land. In 1848, the United States signed a treaty with the tribe requiring them to relinquish their holdings in Wisconsin and relocate to what was formerly Crow Wing Chippewa country in Minnesota. Famed Menominee leader Chief Oshkosh led a delegation to view the proposed relocation site, and he returned to sound the alarm that their forest homelands were superior to the proposed plots between the waring Dakota and Ojibwe tribes. The Menominee refused to move, and in 1856 these 19th century activists prevailed by entering into a new treaty that fortified their enduring home in Wisconsin. My fellow writers, let’s look to history for examples of when speaking the truth and confronting those in power initiated positive change. For Native people, it’s a time-honored, traditional practice.

My students often ask if their course projects can be rooted in activist causes. In the past few years, the topics have ranged from stopping the proposed Back 40 sulfide mine that will devastate waterways and wild rice beds in Michigan and Wisconsin to defending their children’s right to carry sacred tobacco in public schools. They’ve also used their voice to condemn the destruction of Ho-Chunk burial mounds near Madison, Wisconsin, and to critique some museum’s glacial pace in repatriating their ancestors’ remains. Say nothing of the persuasive projects calling for action on issues dear to them personally, such as funding for opioid recovery and suicide prevention programs.

As a tribal college educator, I know that my students are descendants of extraordinary leaders who challenged attempts to diminish their way of life. I’m cognizant of the fact that the history of their peoples’ activism was likely not taught in their pre-college schooling and so I seek to fill these educational gaps. Of course, the Menominee were hardly alone in making their voices heard. Handsome Lake, Chief Joseph, Sitting Bull, and Geronimo all embraced the power of dissent. While we can never condone violence, our schools are a place to celebrate the legacy of Native leaders past as we help shape the leaders of tomorrow. Making good trouble that benefits people is one of the ways both seasoned scribes and beginning writers can contribute.

I was inspired by the efforts detailed in Dr. Mary Francis Berry’s audiobook History Teaches us to Resist: How Progressive Movements Have Succeeded in Challenging Times. From protesting Franklin Roosevelt over segregation in the military, Lyndon Johnson and Richard Nixon over the Vietnam War, and Ronald Reagan over inaction in addressing the AIDS epidemic, Berry explains how Americans protesting and speaking out against the policies of those in power made a difference in recent presidential politics. This American tradition continued over congressional stalling on the Americans with Disabilities Act during George H. W. Bush’s tenure, the stumbles of Bill Clinton’s “Don’t Ask, Don’t Tell” policy concerning gays in the military, and George W. Bush’s flawed initiatives on education and his faulty rationale for the wars in the Middle East. Berry also discusses how the persistence of Native American protestors influenced Barack Obama to suspend the Dakota Access Pipeline, which speaks directly to the immediacy of her topic matter. Read by Janina Edwards, this aptly named audiobook reminds listeners that resistance is as American as our freedom of speech. We need to embrace that.

Yet we writers must remember to choose our words wisely. Historically speaking, protest movements succeed if their message follows a well-worn path. First, we must have a clear message. The reason some movements fail is that their rallying cry is too vague to measure milestones of success or to demand specific action from legislatures. For example, Native writers may want to lower or raise the blood quantum requirement for enrollment on their tribal rolls, but specificity is needed for what in theory is a non-negotiable measurement. In this case, vagueness is akin to expressing frustration about the status quo but not championing a definable path to remedy it.

Second, we need to speak the truth. If a writer exaggerates a point, then an opposing voice can exploit it and dismiss the entire argument. Rather than saying that the perpetual use of Native American mascots adversely affects all Native people, which is a claim some may refute, instead cite the United States Department of Justice’s findings that “American Indians are more likely than people of other races to experience violence at the hands of someone of a different race.” Then note one of the numerous studies showing that mascots dehumanize Native people, such as the American Psychological Association’s “Resolution Recommending Retirement of American Indian Mascots,” which notes that these images “are a contemporary example of prejudice by the dominant culture against racial and ethnic minority groups.”

Third, we must plan for longevity. Postponing a development that threatens the environment is not the same as stopping it. Celebrate progress, but don’t rest on your laurels. In fact, it’s wise to think beyond your immediate challenges. When Dr. Martin Luther King Jr. pivoted from civil rights to ending poverty he explained the shift by stating, “What does it profit a man to be able to sit at an integrated lunch counter if he doesn’t earn enough money to buy a hamburger and a cup of coffee.”

My fellow writers, now is the time to lend your voices to a multitude of worthy causes. As history shows us, Native people have endured because their leaders spoke truth to power. Now it’s your turn.