The Art of Writing Correctly 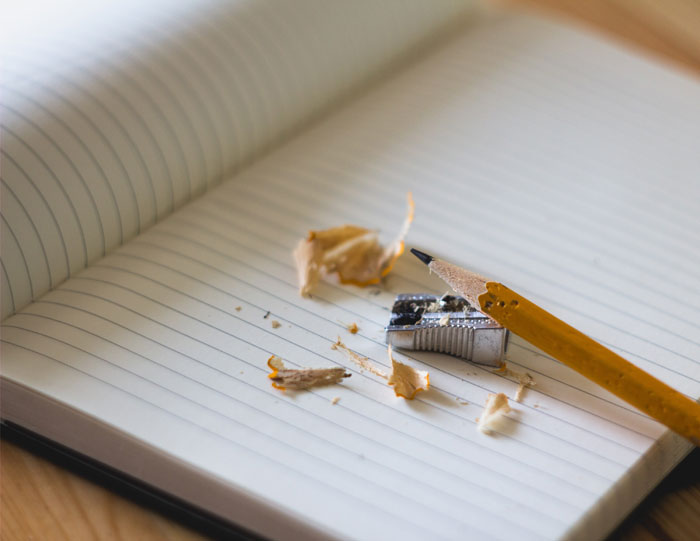 How many writers have received this edit: “I don’t get what you’re trying to say here?” or “What does this mean?” What about the abrupt comments, “Confusing” or “Unclear”? These notes, often in the margins, humble even the most egotistical scribes. The blunt truth is that if these flubs are easy to correct, then they shouldn’t have been committed in the first place. We writers are particular about how we express our creativity, but we rely on editors and copyeditors to help smooth the rough edges of our work. While we need their editorial revisions like print needs paper, we should strive to make our manuscript doctors work as little as possible. To command one’s craft is to command one’s message, and the best communicators know that adhering to the rules of writing best enables us to say our piece.

Let’s start with some clarification. Editors and copyeditors are not synonymous titles. The editor, who I often call the “content editor” when speaking to non-writers, ensures that a work’s voice, pacing, and subject matter is consistent throughout. They are adept at spotting holes and usually recommend how best to fill them. The copyeditor is, in the most simplistic terms, the proofreader who swoops in just before a piece is published. They fix grammatical lapses, correct befuddled spellings, and smooth the seams of jarring sentences. Together, these two often overlooked wordsmiths make writers’ musings look and sound better. If your point is getting lost in a sea of words, your editors are your lifeguards. Still, the best writers aren’t content to concede their rescue to others.

It’s no secret that I expect students in my courses to employ flawless grammar and style usage. I don’t do this because I despise correcting. Rather, I want them to recognize that strong writing is the result of persnickety attention to details. Either before or after I grade a paper, I want students to do more than merely realize that something they wrote doesn’t work—I want them to know how best to fix it. En route to their editorial enlightenment, they can take solace in knowing that the most fastidious writers seek guidance habitually.

Yes, I admit it. I’m recommending all writers read and reread grammar books. I don’t necessarily mean that we each should spend our days completing exercises in thick, stuffy textbooks—although, that wouldn’t be a bad idea for novices. What I’m imploring is that every writer commit to looking up whatever it is they’re uncertain about. I’m talking about checking the spellings of homonyms and colloquial phrases, but also anything, and I mean anything, that one is unsure about. If you don’t know what you don’t know, and even if you do know, there are a slew of charmingly instructive books to both enlighten and entertain you.

While William Strunk Jr. and E.B. White’s classic Elements of Style was once a must-read, there are better options for modern writers. Some of these newer texts are both didactic and hilarious, making one’s grammatical apprenticeship a true delight. My recent favorites include Bill Walsh’s Lapsing into a Comma, which no one should ever do, and the hilariously titled homage, Elephants of Style, both of which are giddy must-haves for journalists. Another is Lynne Truss’s Eats, Shoots & Leaves, which causes readers to snicker at the title’s point—the absence of a series comma in an encyclopedia entry on pandas’ diet evokes images of eating a meal, firing a gun, and then leaving the establishment. Say nothing of the book’s musings on the misuse of the possessive apostrophe.

All fiction writers must listen to Dreyer’s English: An Utterly Correct Guide to Clarity and Style. Author Benjamin Dreyer is Random House’s chief copyeditor, and his dry wit is best enjoyed in the audiobook version he reads. He challenges all writers to avoid using 12 crutch words, including “very,” “rather,” “really,” and “quite,” which only muddy clean prose. The same is true of dropping the redundancy of numerous accepted phrases such as, “merge together,” “plan ahead,” and “unsolved mystery,” which are all too common in the American vernacular. Gems like, “Punctuation is the best means of conveying to the reader how you mean your writing to be read,” are sprinkled throughout, as are examples of creative language applications from famous and infamous works. I especially appreciate Dreyer’s recounting of notes from his book’s own editor and copyeditor, which helps drive home the point that we all need to be vigilant. Savor the lessons in this audiobook. They will make every writer better.

Everything comes down to the words on the page. Value your editors, but strive to lighten their workload. After all, no one wants a note stating poor grammar and mechanics are crippling one’s work. Instead, become a lifelong student of the art of writing correctly. Doing so will create a solid foundation for your masterpieces to stand upon.

Walsh, B. (2000). Lapsing Into a Comma: A Curmudgeon’s Guide to the Many Thing that Can Go Wrong in Print—And How to Avoid Them. New York: McGraw-Hill Education.

—. (2004). The Elephants of Style: A Trunkload of Tips on the Big Issues and Grey Areas of Contemporary American English. New York: McGraw-Hill Education.