The Necessity of Family Stories in the Classroom 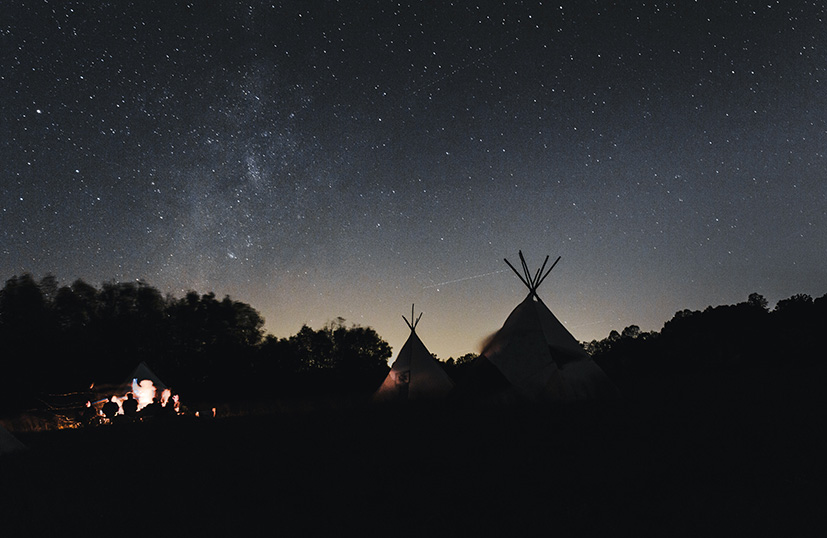 A pregnant silence fell upon my classroom. I had just finished explaining the expectations of our literature course’s final project when I noticed that students were pondering the project, trying to determine which questions they should vocalize. The assignment was pretty standard for a sophomore course—identify a theme that spanned a handful of texts and then assert what that connection means. The first few questions were expected; they concerned either the scope of readings or the depth of analysis I expected. Then came the question that made me reconsider the assignment. A thoughtful student asked, “Can I compare the published story to the ones my family knows?” He continued, “I want to connect what we’re reading in this class to the stories in the community.” While literary classroom protocol at mainstream institutions dictates that family stories have no place in scholarly writing, I came to a different conclusion. Intrigued, I said, “If you can connect your stories to the paper prompt and cite your sources, then you absolutely may.” While the student later admitted his request was spontaneous, the project he hoped to create was grounded in his application of course concepts beyond our classroom walls.

In her speech “Language and Literature from the Pueblo Indian Perspective,” Leslie Marmon Silko (Laguna Pueblo) explained that some academics overlook the venerated place that family stories have in Native communities. She stated, “Anthropologists and ethnologists have, for a long time, differentiated the types of stories the Pueblos tell. They tended to elevate the old, sacred, and traditional stories and to brush aside family stories, the family’s account of itself. But in Pueblo culture, these family stories are given equal recognition.” Silko noted that “One will hear stories of importance to the family—sometimes wonderful stories—stories about the time a maternal uncle got the biggest deer that was ever seen and brought it back from the mountains.

And so an individual’s identity will extend from the identity constructed around the family ‘I am from the family of my uncle who brought in this wonderful deer and it was a wonderful hunt.’” Of course, one’s identity should not be shed once they set foot on campus, and neither should the applicability of their family’s stories.

The student in my literature class hoped to discuss how stories about mysterious strangers or charming community members resonated with his family. He began by examining “Deer Dance” by Evelina Zuni Lucero (Isleta and San Juan Pueblos), a story about a handsome dancer who captured the eye of all of the women in a bar without a single person noticing he had hooves for feet. The visitor was a shapeshifter whose powers were only revealed when his dance partner laid lifeless on the barroom floor. While many Menominee students had heard a similar story about an entity known as “Goat Man,” my student’s aunt had seen this shapeshifter on the dance floor decades ago. In his family, the story of how his auntie survived an encounter with Goat Man served as a cautionary tale about a close call. His relatives knew how lucky she was, and they took steps to avoid a similar close call of their own.

One of the themes in my course was for students to identify the instructive lessons within the texts, and the story of the shapeshifter resonated because it echoed a family story. In our discussion, I asked the student to consider how two different communities had similar stories. We wondered if the entities were actually the same being who traveled from the Southwest to the Midwest. After all, it’s easy to understand how witnesses could be unreliable in dimly lit bars where libations flow freely. The upshot was that the student considered how his family’s story fit with the lessons in our text.

While the student’s work was specific to the assignment, I contend that the type of work he completed could be replicated across tribal college and university (TCU) campuses. He met all the course outcomes of synthesizing complex ideas while arguing for the merits of his conclusions, but he did so while affirming the teachings within a story that his family identifies as their own.

Native American college students often report having to walk in two worlds—that of their tribe and that of Western academia. One of the goals of TCUs is to bridge the gap between the two through coursework. Encouraging the application of family stories within literature classes is one of the ways our institutions can foster connections between the worlds within and beyond our classroom walls. After all, TCUs exist to serve their communities and as TCU faculty we can foster learning by honoring the specifics within our students’ family stories.