↓ Skip to Main Content
Home › Blogs › The Pages Between Us

The Pages Between Us 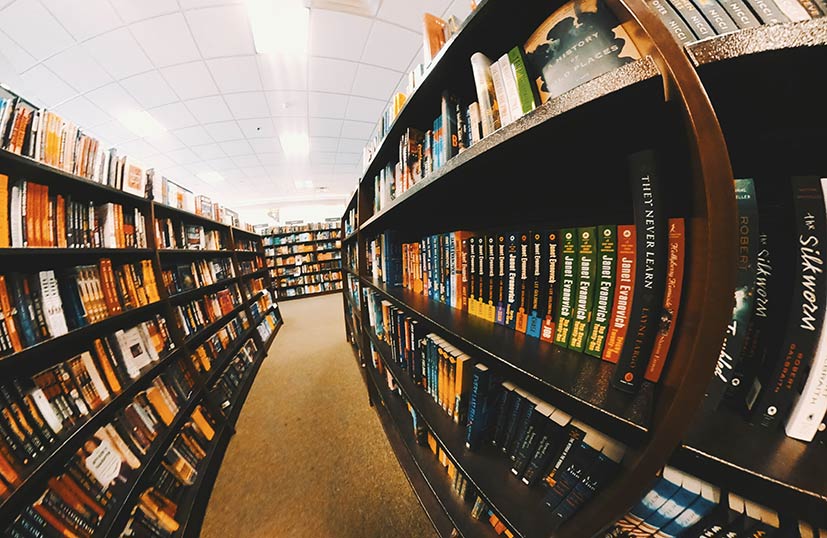 If I could somehow translate the unspoken path my mother and I shared, it would be like walking a footbridge paved with books. She and I were bookends, shelving one another’s histories into place so the other wouldn’t fall. Even as I towered over her now, a foot taller, her voice still held the power to shrink me back in time. She’d be the menacing half-mother, half-monster stalking jauntily at four feet, eleven inches, somehow transforming to six feet tall. Back then, she wore her long hair loosely in black waves, puffing her bangs with spritzes of sticky Vidal Sassoon hair spray. I’d watch in awe as she slicked on eyeliner and we’d tackle book shops, libraries, and the second-hand paperback sections of thrift shops together.

All this to say that, even as she encouraged my older sister to embrace the heritage that seemingly fell perfectly at her feet, my mother held pockets of herself hidden in the middle of novels for me. Maybe, because my sister never fell in love with books, my mother and I bonded instead through library aisles, searching for the next Island of Blue Dolphins or Lemony Snicket novel.

If my mother was a vast, unending library, she would keep golden-lacquered editions of Harry Potter and whole collections of Nicholas Sparks. We escaped the Prisoner of Azkaban together and attended every book release. When Dumbledore’s death arrived, I tiptoed down the hall of my childhood home, watching her stifle sobs as she bent over Half-Blood Prince, feeling my own eyes welling up in response.

I’d spent every minute stitched to her side, until my passion slowly turned into awards and I was asked to tour Europe with People to People during the summer of my twelfth birthday. I boarded the plane, homesick even as I sat on the tarmac in Raleigh, terrified that we’d crash right into the Atlantic and that I would never see her again. It was there in Belgium, fresh off a tour bus and hungry for a book to carry me through the countryside that I found my first Jodi Picoult novel, 19 Minutes, and fell onto a new path altogether.

When our invisible book paths reunited us once again, I shared my discoveries, proud that I finally matured beyond the teen section. Christmases held wrapped, signed editions of Small Great Things. Years later, in the shadow of losing my own daughter, Leaving Time would pull me back into that painful epicenter of motherhood, of love and loss when daughters disappear.

I can’t tell you why I’ve been haunted by what bridged us together across the years. I can’t tell you why these memories suddenly dredged up as I ran out the front door, armed with a duffle-bag filled with as much clothes as I could carry. Only that, when she asked me weeks ago what books I’d been wanting for Christmas, Wish You Were Here ghosted through my mind, silently willing me to stay, even in the aftermath of leaving.