Home » The Rise of Persistence

The Rise of Persistence 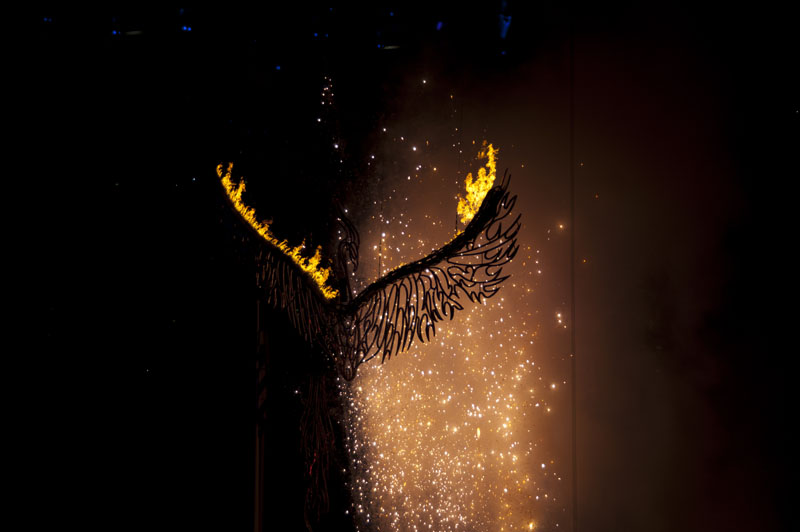 In the earliest of times when the lands stayed shaded in the black of night, there lived a rare species of bird with feathers the color of the brightest fires. This was a bird with many wonderous qualities, some of which had not been discovered even by herself. She never used her voice for fear of giving the others reason to make her feel uncomfortable. Her physical uniqueness made everyone unsure of her. Many had already cast her out, unwilling to give her a moment of time inside their circles. She did not resemble any of them, and no one seemed to know anything about her background. This frightened the elders who felt as though she was a bad omen sent to keep them in darkness. This fueled the youngsters to torment and tease her to the point of silent tears. They made up stories and belittled her every waking chance they had. They too blamed her for all that was wrong in this universe.

Her name was Persistence, and she longed for tranquility, companionship, and acceptance. She prayed for a world that would embrace her differences and celebrate her gifts. Persistence often wondered how she came to be and why she was alone? She would take lonely flights throughout the highest cloud covers and daydream of a land as bright and warm as her own feathers. One night, she decided to fly seven moons away. Many times, she had overheard the youngsters speak about the terrors beyond the treetops, but she was tired of this way of life.

Just past the last of the seven moons, she finally came across a piece of sky surrounded by waterfalls. Persistence was entranced by the sound this water made as it came crashing down from the falls. It seemed to fall straight down from the whitest clouds, and in such a way that it bounced off the surrounding cliffs like booming thunder. Persistence felt strangely at peace here, and an overwhelming need to explore this new area made her fly excitedly in and out of caves, up and down the waterfall, and dive deep under the crystal-clear waters.

She began to grow tired and nervous to have found no one, not even a fish. Just as she decided to rest on a bed of succulents. She heard a mighty voice bellow: “Hello granddaughter, welcome home.” Persistence looked around in the night but saw nothing except the beauty of the waterfalls that surrounded her. Again, the voice spoke: “Do not be afraid, I am family, and I have missed you dearly.” Suddenly a sight she had never seen before showed itself from behind a great mountain. First, one beam of light, then another, and another, until finally a massive entity encased the entire area. Persistence did not feel afraid, she somehow knew this great being. This was grandfather sun, and she could feel his warmth and wisdom radiate from his presence. In his light she noticed other birds begin to show themselves from behind camouflaged roots, rocks, and bushes. One by one, they embraced and welcomed her home. Persistence was so overcome with joy that she flew into the clouds and engulfed herself in flames. No sooner had she settled onto a ridge did a confident, more vibrant, and beautiful bird rise with fierce strength. She took her place beside Grandfather Sun and ruled the land beside him as a magnificent Phoenix.

As time progressed, Persistence completely transformed into the hero she needed, and never again did she wear the flamed feathers of her past. She had finally embraced her true strengths. She was able to fall in love, and mother of three beautiful and vibrantly colored youngsters of her own whom she named Happiness, Loyalty, and Honesty. She vowed never to allow her family to feel as she had once felt and raised the youngsters to be just as she had named them. She was also able to bring peace to the dark life she left behind long ago. She convinced Grandfather Sun to travel alongside her, past all seven moons, and bring the gift of light to them as well.

Amanda Crosby is a student at Sitting Bull College.