↓ Skip to Main Content
Home › Blogs › What’s In Your Wallet?

What’s In Your Wallet? 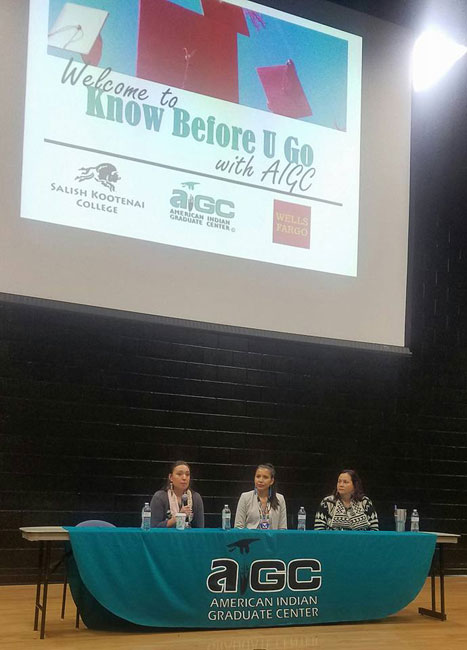 This time last year, Native students across the country were dropping classes and mobilizing to protest the Dakota Access Pipeline being constructed on the unceded territory of the Standing Rock Sioux Tribe. A rite of passage for college students is to become an “activist.” Similarly, protecting or defending the resiliency, values, and heritage of one’s ancestors is a unifying experience for Indigenous peoples. One outcome of the fight at Standing Rock was a divestment movement from banks that were funding the pipeline. Many individuals felt that was one small way to discourage corporate oppression of tribal sovereignty.

Along those same lines, I have noticed among my friends and peers, Native students especially are not applying for scholarships that come directly from Wells Fargo, which was one of these corporate banks that had an investment in the pipeline. There is a standard to be unquestioning and fully accepting of gifts. Could this knowledge be taken advantage of when money is given out to students who are, one, in need, and, two, are taught culturally to accept gifts even if there is a convoluted context attached? Of course, but big businesses shouldn’t be this scary, under-the-bed monster. By staying aware of where their money is coming from, students are practicing social and financial responsibility—the latter of which is kind of a rare occurrence among your average reservation-grown adult. It takes time to master all aspects of financial responsibility.

I recently met with the executive director of American Indian Graduate Center (AIGC), Angelique Albert. AIGC is the nation’s largest scholarship provider for Native students, with $15 million awarded annually, and $3 million (over 3 years) comes from granting contracts with Wells Fargo. AIGC is a 501(c)(3) nonprofit institution, meaning donors can give money and receive tax breaks for their gifts. Ms. Albert wanted to make clear though that “grant contracts are different, as they don’t necessarily get tax cutoffs and [monies] come with obligations [for AIGC to fulfill], always tied to a mutual benefit for students [and corporations].” She went on to tell me that “most corporations are contracting to have an increased diversity in workforce.” She told me first and foremost that AIGC stands with Standing Rock, but there are legal ramifications for AIGC not fulfilling their obligations. Ms. Albert made no inclination about whether or not AIGC would seek further funding after this current granting contract was fulfilled. She also informed me that Wells Fargo had changed its policies because of the No DAPL movement; I looked into this and there is a whole page on the Wells Fargo stance on DAPL (see: https://www.wellsfargo.com/about/corporate-responsibility/dakota-access-pipeline/). This page also has a link to the “Indigenous Peoples Statement,” which I assume to be new (it has no publication date). It’s also vague without any real commitment to Indigenous values, but at least it’s an inch forward in their corporate social responsibility.

Ultimately though, I had to agree with Ms. Albert in the discussion we had. A collective change will come from using the lessons from Standing Rock in a good way. Goal number one: we need educators to learn from these issues and we need educated leaders. That’s how we make a difference. That is how we bring our collective voice to the table. Each of us has a role to play in that too through divestment or investment. The point is to be heard. From here on out, all of these outside factors will be made to match the values of AIGC, and that creates a stage for corporations to listen—and for students to start the change.

For Information on scholarships from AIGC, visit http://www.aigcs.org/